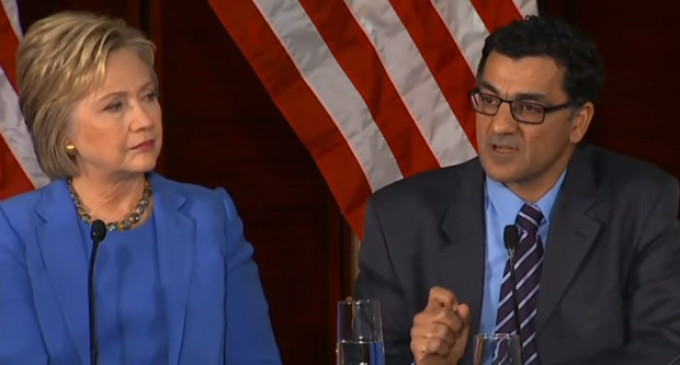 It did not look pretty for many who were watching and knowledgeable about jihadism.  On March 24 Presidential candidate Hillary Clinton joined Muslim Public Affairs Council President Salam Al-Marayti in a panel held at the University of Southern California to discuss counterterrorism efforts and outreach to the Muslim community.

As Al-Marayti carried on with his his taqiyya – the Islamists’ well-honed practice of dissembling for the faith through deception and subterfuge, Clinton’s head nodded like a bobbing-head doll.  Al-Marayti selectively quoted from the Quran to differentiate between the teachings of Islam and the practices of the Islamic State and he promoted such favorite Muslim Brotherhood themes as “the mosques are not the centers of radicalization” and that “violent extremism” is the threat, not Islam’s jihadism.  He professed his “partnership” with the US government and law enforcement to prevent radicalization.

Observers who understood Muslim Brotherhood and jihadism were ready to spit.  Hillary’s head bobbing and that constant porpoise smile made them want to spit again.

Go to the next page to find out why.