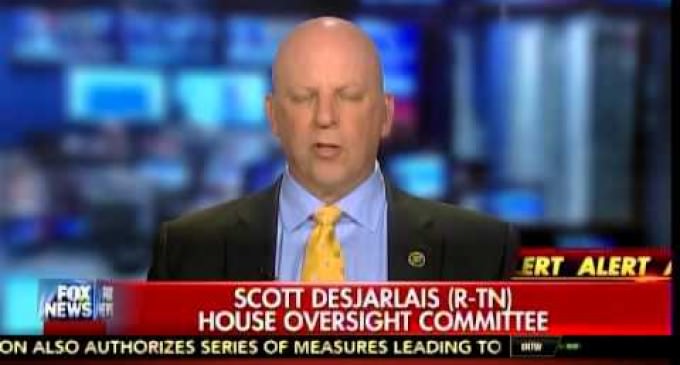 As Fox News interviewed Congressman Scott Dejarlais (R-TN), who had just introduced a bill to arm military personnel at US recruitment centers the news station was able to confirm a bizarre update to the story. After the most recent devastating attack by a gunman  on a Chattanooga recruitment center the Army chief of staff General Ray Odierno had announced he has no plans to arm recruiters, despite the threat of domestic terror attacks targeting unarmed, unguarded military offices. Also, the Marin Corps ordered recruiters to not wear uniforms to work as a means of ‘force protection'.

The Fox Interviewer, Gretchen Carlson learned that the head of US Northern Command had an additional directive, labeled a ‘safety measure'. And no, it wasn't to permit the soldiers their sidearms, as the Congressman wanted.

See the astonishing exchange in the clip after the break: