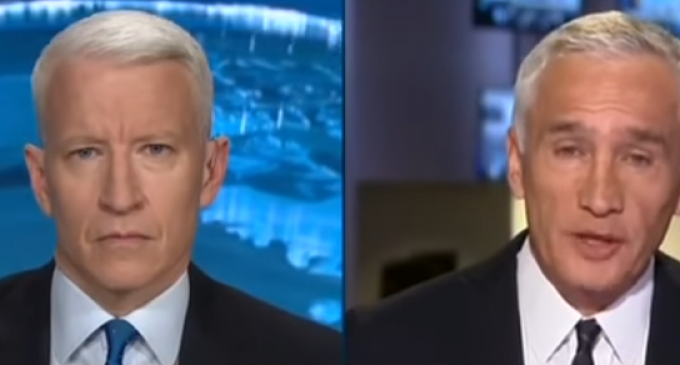 Univision anchor Jorge Ramos is not a fan of Trump, but even he can’t deny the president’s impact on immigration. But what Ramos sees as a negative, most of the country would consider a success.

The difference of opinion no doubt stems from Ramos’ view of the United States. While most Americans believe that the country belongs to everyone equally, Ramos disagrees. In a speech made during an award show, Ramos told a group of Mexican attendees that the Unites States is “our country, not theirs.”

Unfortunately for Ramos, many Mexicans seem to disagree. Since Trump’s election, many are realizing that immigration law once again matters in the United States. The result, which Ramos calls the “Trump effect,” seem to be making quite the impact.

Watch Ramos describe the “Trump effect” on the next page: