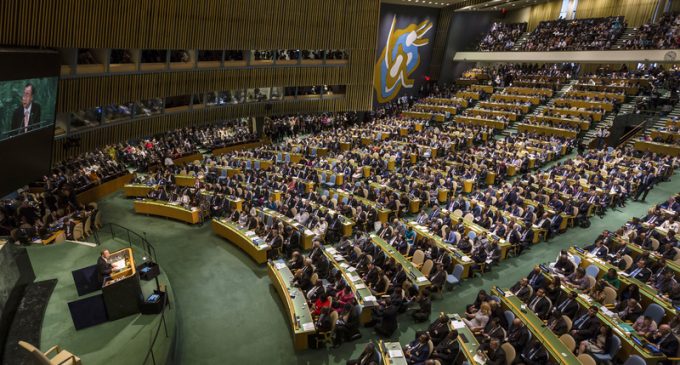 When there is a gap between one's real and one's declared aims, one turns, as it were,

This served to embolden the Secretary General and his minions in the United Nations as they declined to heed Prime Minister Netanyahu's pleas of vigilance on behalf of Israel over the threats and saber-rattling of the Iranian leaders.  It also allowed the New York City-based body to continue its anti-American rhetoric and enforce the degraded colonialist beliefs of Barack Hussein Obama's father (because, as we all know, the “dreams from his father” mattered so much more than his own), paving the way for what was about to occur in the new incarnation of the U.N.