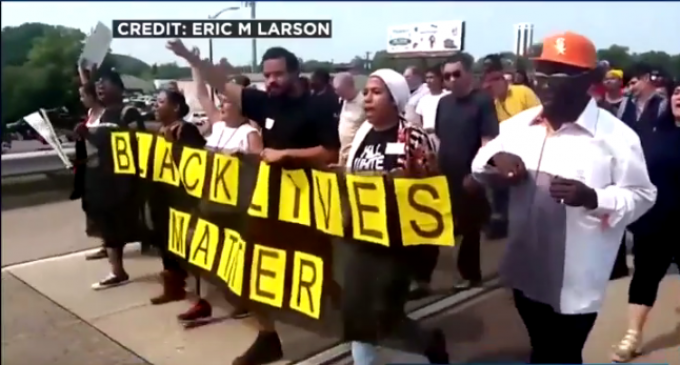 Demands made by Black Lives Matter motivated students at colleges across the country and in Canada have a few things in common, like hiring more black professors or having more black recruitment goals.  But some of the demands are lunacy!

One such demand that seems to have a commonality at many of the 37 campuses is a forced apology.  A forced apology is no apology at all, as an apology implies an offering of remorse and regret.  One cannot force a person to feel remorse, thus an apology that is forced has no truth or value to it.

Another demand is to make everyone “acknowledge their racism”. How about having the demanding Black Lives Matter students admit that they have a racism problem.  Being white does not automatically make one a racist, but these student protesters have been so poisoned that they do not believe that whites can be non-racist.

See lots more of these crazy demands on the Next Page: