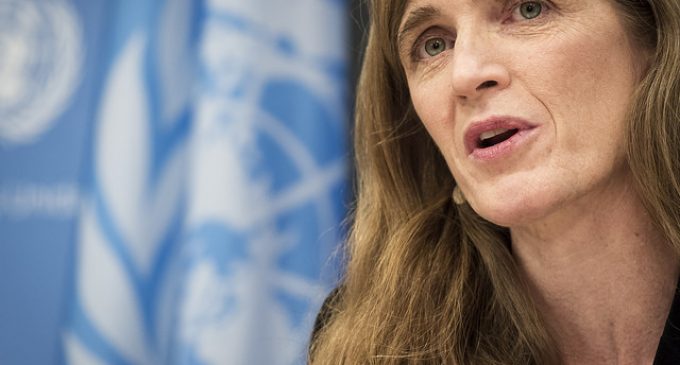 The press is covering the airwaves with lies about Russia and it’s easy to see why. By focusing on fake scandals within the Trump administration, they have reason to ignore the lingering legal troubles the Obama administration left behind.

Obama claims that his is “the first administration in modern history that hasn’t had a major scandal in the White House,” and with the media’s help, he was able to get away with such an absurd proclamation.

And it is, of course, completely absurd. The Obama White House was filled with scandals, particularly when it comes to their dealings with Donald Trump. Earlier this year, it was revealed that the Obama administration spied on Trump campaign officials during the 2016 race. After that news broke, we learned that those officials, who were supposed to remain anonymous throughout the surveillance, had their identities “unmasked.”

The identity of the “unmasker” has been debated ever since, and now a new name has entered the fold.

See why Samantha Powers is now being accused of the act on the next page: