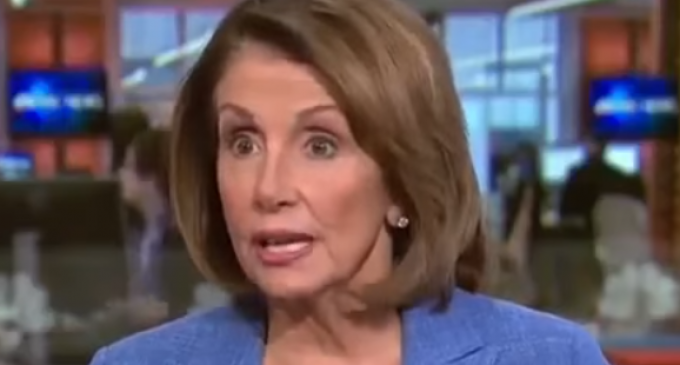 This week, the battle over Donald Trump's signature campaign promise began on Capitol Hill. Trump announced his intentions to build “the wall” at his first campaign event. Ever since, he has promised that it will be built under budget, ahead of schedule, and paid for by Mexico.

But now the actual payment is being discussed in Washington D.C. Trump isn't backing down from his promise to make Mexico pay, but he said that will happen “eventually.” For now, the money needs to be appropriated by the legislature — — and Democrats appear ready to shut down the government in defiance of the construction project.

Nancy Pelosi, in particular, has made her opposition to the project very clear. Her latest argument against the wall is that it would break up border communities.

But the people who actually live on the border don't share Pelosi's sentiments.

Watch as two border ranchers fire back against Pelosi's criticisms on the next page: