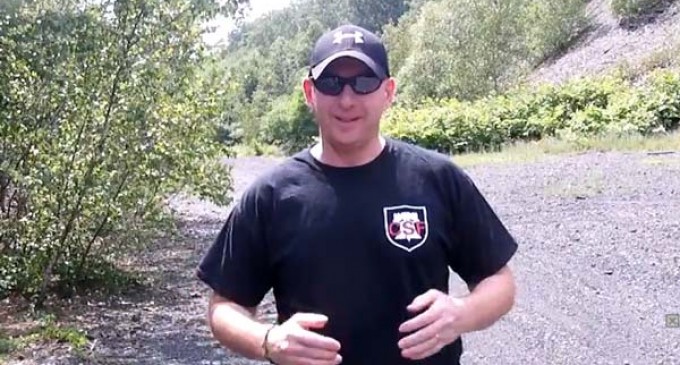 Former Pennsylvania Police Chief Mark Kessler is a piece of work, turning against patriots and infiltrating 2nd Amendment groups for the Feds and now being brought up on charges of  terroristic threats, harassment and disorderly conduct against fellow citizens in Frackville, Pennsylvania.

Kessler has a very dark side.  As reported by Truth and Action, he “…was sent out by agencies to go out and attract and investigate, whatever I can do to find out who’s who and what’s what among these groups,” Kessler stated. “When I say groups, I’m talking about Second Amendment groups, patriot groups, alleged patriot groups, militia groups.  The operation was ‘highly successful’, that he had exposed thousands of our patriots with this method. He states he didn’t even believe the rhetoric he spewed out in the videos, it was all a complete ruse.”

His newest anti-social behavior resulted in his arrest, as he threatened William Creasy, a Frackville borough councilman, and pushed him in the chest.

Read more of his aggressive behavior on the next page.