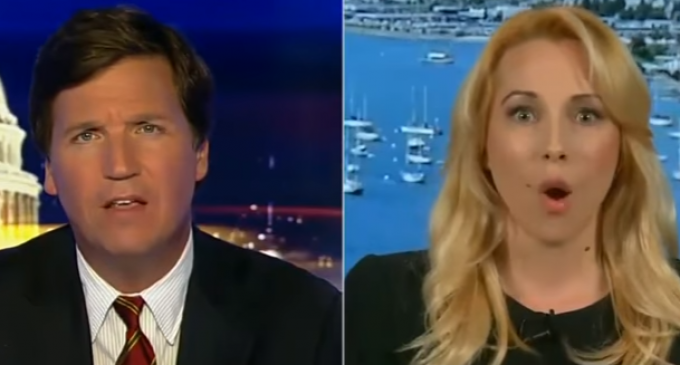 In a fitting topic for the income tax filing deadline, Tucker Carlson roasted a California politics professor on Tucker Carlson Tonight last evening for claiming wealthy Americans are not paying their “fair share” in income taxes.

Caroline Heldman, an assistant professor of politics at Occidental College in Los Angeles, argued for radically hiking taxes on taxpayers in the top one percent of income, those earning $470,000 and higher.

She based her argument in part on the fact that wealthy individuals paid as much as 90 percent in taxes during the presidencies of Dwight Eisenhower and John Kennedy.

Find out how Carlson countered her argument and revealed her for the socialist  ideologue she is on the next page.