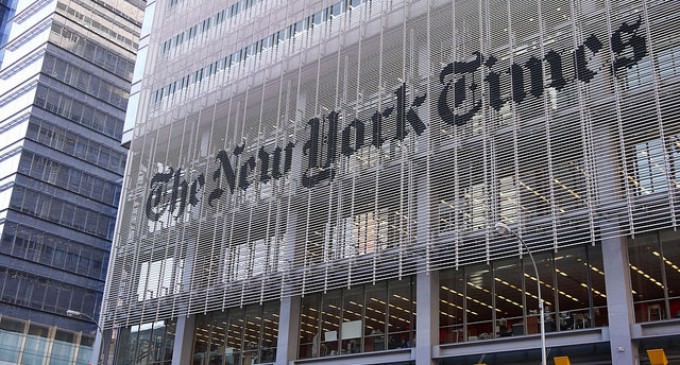 How low the media have sunk, that they must tell lies about Donald Trump's most minuscule dating details.

“Donald Trump's girlfriend wanted Chocolate Ice Cream but Donald got her Rum Raisin and licked it first!” That's the kind of thing they are using now.

In a labyrinthine article, The New York Times attempted to chronicle The Donald's forays into abusive behavior. None of the women interviewed said such things took place but the Times wrote it anyway.

For a publication who claims Trump engaged in “unsettling workplace conduct,” how would the Times describe misleading women in interviews and then fabricating their intentions for the public to digest?

Evidently when the Times engages in “unsettling workplace conduct” it's okay. After all, their front-runner, Hillary Clinton, is married to a serial “unsettler of the workplace.”

This is a fact: When you place a cigar from Donald Trump's desk in your mouth, yours are the first lips to have touched it. Can Bill Clinton make the same claim? No he can't.

Rowanne Brewer, a former girlfriend of Trump, destroyed the New York Times piece she was interviewed for.

See the next page for Rowanne Brewer's take-down of the NYT's fabrications.