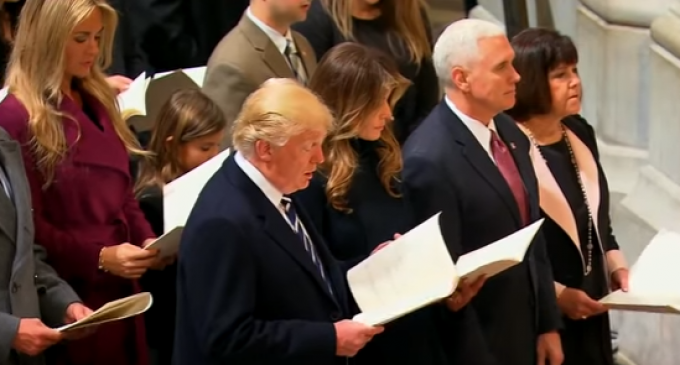 One hundred years ago in January of 1917, over 200 prostitution houses were closed down in San Francisco by police there.  In March, Woodrow Wilson was sworn in for his second term in the presidency.  That same month, Jeannette Rankin of Montana became the first woman elected to the U.S. House of Representatives.  America purchased the U.S. Virgin Islands for $25M from Denmark (then known as the Danish West Indes) in April.

In June, the United States enacted the Espionage Act.  In July, the Silent Parade took place in New York City, organized by Conservative Christian Blacks and Whites in protest to the  St. Louis riots and lynchings by Democrats and their military arm, the KKK.  In December, President Woodrow Wilson used the Federal Possession and Control Act to place most U.S. railroads under the United States Railroad Administration, hoping to transport troops and materials for the war effort more efficiently (imagine that, a Democrat who takes over private corporations).

Finally, in that year of 1917, the True Jesus Church is established in Beijing.

One hundred years ago.

That's also (apparently) how long ago it was since the White House has had Bible study gatherings inside its walls for the Cabinet members!

A new fervor is being demonstrated at the highest levels of the United States government for being humbled by the Word of God and for taking his guidance and applying it to the everyday decision-making right there in the Oval Office.  Read on the following page about how an ex-NBA player now heads the largest Christian ministry in the country that focuses on government members throughout the nation.