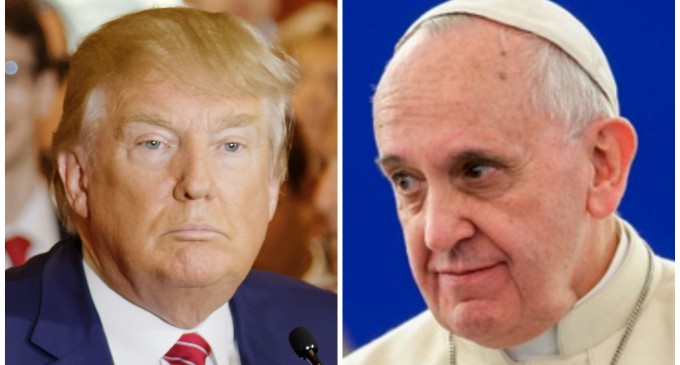 While Donald Trump has famously been quoted as saying “I will absolutely apologize some time in the hopefully distant future if I’m ever wrong,” Pope Francis' people seem to be doing just that, as they are walking back the Pope's comments and are trying to surround them with a bit more context, as well.

And, behold, in a surprising move, Donald is also walking back his comments. While he isn't outright saying that he was wrong — and he likely wasn't in this case — he's definitely taking the high road here and looks as if he's willing to walk away from the feud with the pontiff altogether.

When you fight Donald Trump, you lose. Ask Jeb Bush or Lindsey Graham. And when you fight the Pope, well… not a lot of people have fought the pope, but it's probably safe to say thats not a good idea either.

For that reason, it's probably best that this feud is over. See what each had to say on the next page: