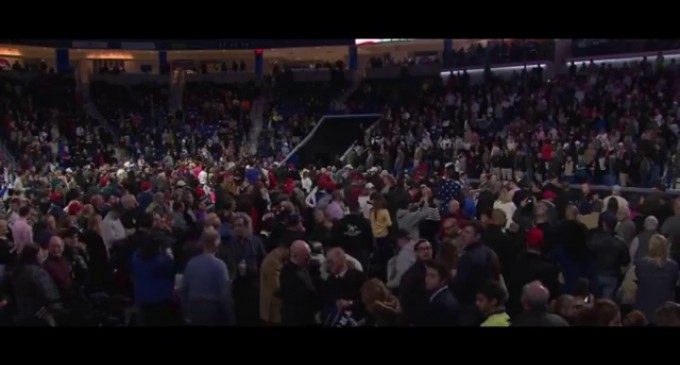 Simultaneous rallies held by Donald Trump and Hillary Clinton the other day show one of two things, either the magnetic draw of celebrity GOP Candidate Donald Trump, or the lack of enthusiasm surrounding presumptive Democratic nominee Hillary Clinton, depending on who you ask.

Regardless of how you dissect the numbers, one thing is clear: Donald Trump is far outpacing the attendance figures set by Mrs. Clinton.

This could be caused by one of many factors. The mainstream media would have you believe the locations of the rallies are a contributing factor, and that Trump's candidacy is a draw for both supporters and dissenters, but as Trump gains momentum and support after each rally, and as his name continues to be cheered with enthusiasm in the arenas in which he speaks, the truth seems to be what most are trying to ignore: Donald Trump's brash, honest campaign is gaining support that far outpaces support on either side of the isle.

As we head into the primary season, don't be surprised if this enthusiasm is seen not only at his rallies, but at the voting booth as well.

See the report regarding the numbers on the next page: