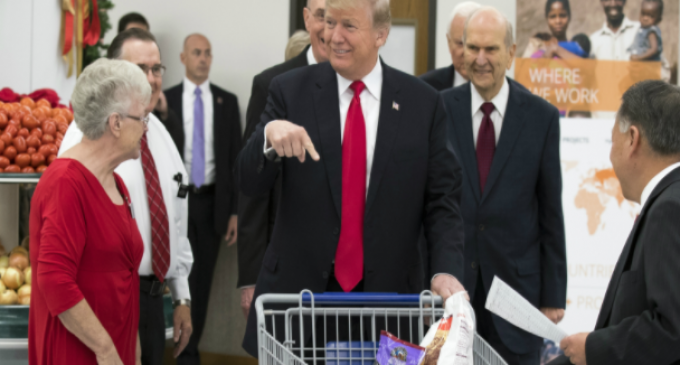 President Trump has proposed a new food stamp program that has many among the left up in arms.

You see according to the Left, we are supposed to like being on welfare and government assistance. Whereas most folks would likely find it common sense that getting food stamps was about receiving critically needed vitals, not a luxury. Disgruntled welfare recipients everywhere are screaming bloody murder over this proposed new system.

But what does this new system really entail? Do they really realize that they’re protesting?

Most likely the folks do know what they’re protesting and to be quite frank, I wouldn’t like these new changes either if I was ‘thoroughly enjoying’ my welfare.

Yet herein lies what many small-government enthusiasts are proclaiming to be the point and genius of President Donald John Trump’s proposed plan.