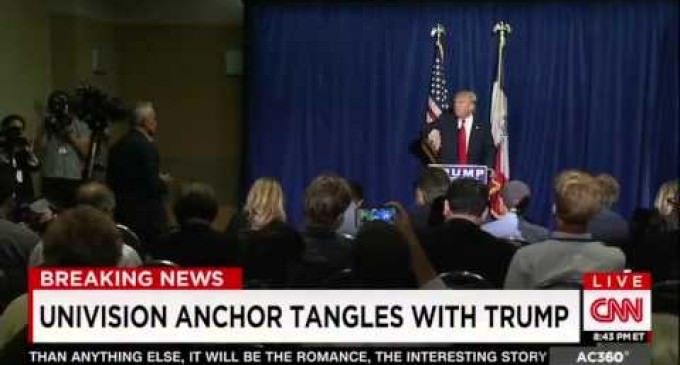 During a Press Conference on August 25th,  Donald Trump had one of his security guards “escort” Univision's Jorge Ramos out of the presser.  Jorge Ramos, is known for his leftist rhetoric, on this side of the border, and on the other side too.  He is for open borders, and playing the words game–you can't call illegal immigrants/aliens, illegal immigrants /aliens.  With the Hispanic vote so important, especially in the border state's, for State elections, Ramos is known as their “go-to” guy for Politicians who want the thumbs up.  Trump is Trump, and he continues to not play by those word games, nor by the “go-to” guy game.  The video clearly shows Ramos' arrogance, and Trump's reaction.