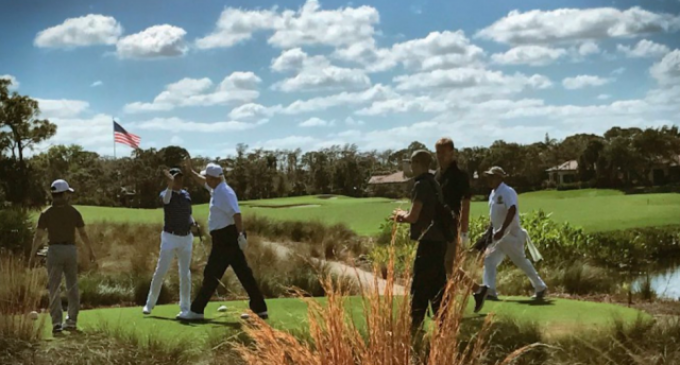 Donald Trump hasn't exactly had an easy go of things when it's come to the press and the way they mold the perception of the American people. In his first few weeks in office he was made out to be a monster because he signed executive orders, created a temporary immigration ban for people from certain countries and carries the mantle of President of the United States. Social media is alight with people acting shocked and creating fear, calling Donald Trump the next Hitler and making comparing modern America to George Orwell's 1984. Even celebrities from other countries are in Twitter feuds over the man. For example, the Internet has been having a field day with the social media battle between J.K. Rowling and Piers Morgan.

In reality, however, things are much different. President Trump has yet to cross any lines that Obama didn't cross. In fact, compared to some of the things Obama did, Donald Trump's time in office so far has been very mild. This past week, he met with Japan's Prime Minister, after which they both shook hands and reaffirmed a very strong alliance had been created between Japan and America. The meeting was meant to build trust, and after a few hours on a golf course in Florida, it would seem that America has a bright future with a new ally.

The press, however, weren't very happy about this meeting.