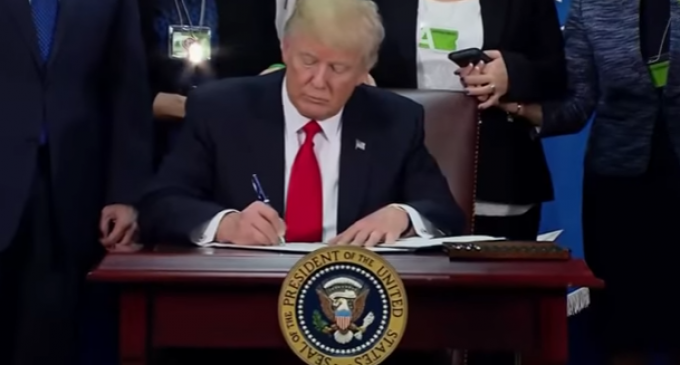 The Trump Administration is wasting no time going after the United Nations.

Donald Trump has always been critical of the global government body. Throughout his campaign, he promised to divest in the organization and make other countries shoulder a heftier amount of the UN budget.

The GOP's animosity toward the UN grew even more just weeks before Trump was to assume the presidency. In an unprecedented move, the United States failed to veto a resolution that condemned Israeli settlements in their won territory. The condemnation was swift. Immediately, calls to defund the UN emanated from Republicans in congress.

But the Republican senators might not get the chance to defund the UN, after all. According to a report from the New York Times, Donald Trump is taking swift action to get it done through executive order.

Read about Trump's plan to defund the UN and restructure international treaties on the next page: