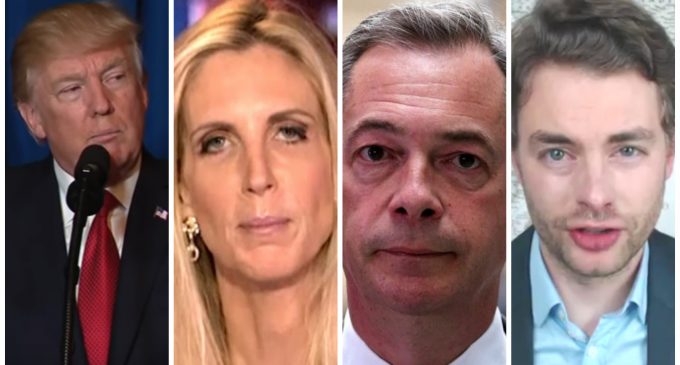 Last night’s cruise missile strike on a Syrian air base ordered by resident Donald Trump has generated both cheers around the globe and voices of concern from many long-time supporters.

In reaction to the recent sarin gas attack on Syrian civilians, President Trump ordered the first significant military action of his presidency. It provided a sharp contrast with the weakness displayed by President Barack Obama under similar circumstances in 2013, when he drew his infamous “red line” and then did nothing.

But the most surprising news is the hostile reaction from some of Trump’s most vocal supporters, both in the United States and the United Kingdom.

Find out which backers have found great fault with the military action on the next page.