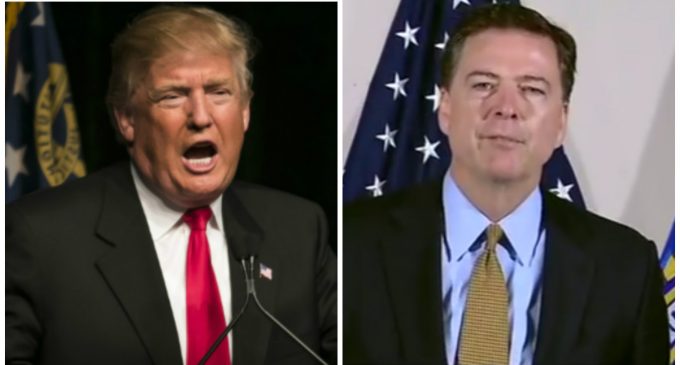 Leaks have always been an issue with all administrations.  You can literally go all the way back to the time of George Washington and leaks occurred from the administration to the press.  It was common practice during some administrations, while others have been less than transparent.

The Trump administration has been accused in its first 100 days of just about every crime known to American politics.  The only thing he has not been yet accused of is murder.  But I’m sure that’s in the works.

For the time being, Trump’s biggest problem is not Pay-Per-Protest faux-activists in Berkeley or eye-rolling anchors on CNN, but the shadowy remnants of the Obama administration holdovers that permeate our government, as well as the sinister Establishmentariat who daily plot the early demise this administration.

For their part, you must understand that they are reacting in a self-preservation mode.  Both RINOs and Democrats operate under the premise that they are and always will be in charge of our lives.  It’s a foregone conclusion that, should we as American citizens feel the need to feed our family by catching a few fish, you can bet your Evinrude that the King will require that you get advance permission to fish the King’s fish or hunt the King’s deer.  And the Establishment is deeply entrenched in its perceived entitlement to make all decisions on our behalf, whether we like it or not.

This attitude, this air of superiority, of knowing better, is exactly what drives RINOs and Democrats to believe that they can act unilaterally on our behalf and force through bills and laws that are politically and financially expedient for “theirs truly” without ever a thought to electoral damage.  Unfortunately for the bulk of American citizens, they have been so conditioned for so long to believe that we are the employees and the government is the employer, that we capitulate completely to the will of someone who really DOESN’T know better than his constituents.

Former FBI Director James Comey suffers under the delusion of the same strain.  He has been part of the Establishmentariat for so long as to be operating under the auspices of “knowing better” and because of that, views anyone’s opinion in the citizenry as not really mattering.  Donald Trump, as a real estate mogul, was one of those who was considered by the Establishment to be beneath the thumb of the all-knowing, all-powerful government.  The entitlement-to-power attitude dictates that government views any opinion contrary to theirs as inferior and, therefore, should be discarded or ignored.

Comey ignored proper protocol of a government official precisely BECAUSE he was entitled to such behavior.  Leaks originated from the FBI on Comey’s watch as profusely as if the Leftist press had a hose attached directly to the agency’s spigot…and the handle was turned all the way to full.

Now that Trump has given Comey his walking papers and the former director is free to walk among the unwashed masses, it is assumed that at one point or another, he’ll be penning his own version of the events for a big Random House payday.  Trump is hedging his bets and assuming that this will come.  The eventual MSM news circuit, where Comey hits all the shows and derides the Trump administration as paranoid and destructive to the established system of government that runs so efficiently in D.C., is exactly what Trump officials expect and is exactly why the president tweeted a pre-emptive strike.