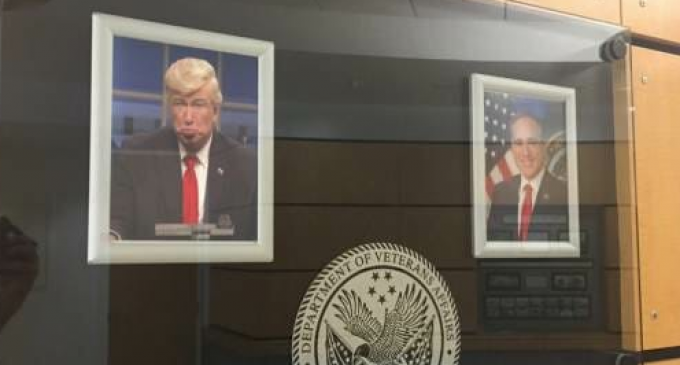 A Muslim, a socialist, and a con man walk into a bar.

If that doesn't offend you, well then you probably have a good head on your shoulders, and a God-given righteous disdain for what happened to our country under the leadership of Barack H. Obama.

One of the many things Obama purposely neglected to see to during his time as corrupter-in-chief was the treatment of our veterans. On the campaign trail then-candidate, Trump warned that America-hating Obama had intentionally allowed the VA to become one of the most corrupt government agencies out of spite of our veterans. Critics will claim our current President Donald J. Trump merely has a gift for hyperbole, but most of the things he has warned of that the Fake News Industrial Complex deems “crazy” have panned out to be true. Within seven months of being elected President, his administration cleansed the VA of over 500 disloyal employees and suspended 200 more for unethical behavior towards our veterans. Naturally, the few unpatriotic plants still lurking within the shadows of the VA buildings are both freaking out and too stupid to realize they best keep the symptoms of their Trump Derangement Syndrome to themselves.