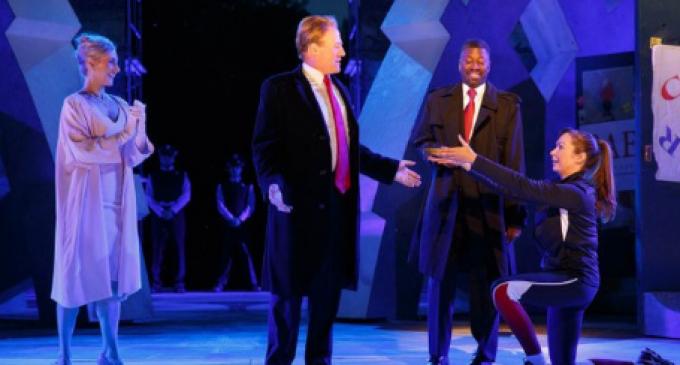 In perhaps the most tasteless display of Trump Derangement Syndrome (TDS) yet, a stage company has taken Shakespeare’s Julius Caesar at Shakespeare in the Park in New York’s Central Park and turned it into a representation of the assassination of Donald Trump.

The Public Theater kicked off the annual summer season for Shakespeare in the Park with a May 23 presentation of Julius Caesar, in which the characters were dressed contemporarily and the title character wore a blond wig that resembled President Trump’s hairstyle.

Oskar Eustis directed the Trump-inspired version of the political drama, substituting the U.S. Senate for the climactic murder scene in lieu of the ancient Roman senate.

Coming on the heels of the Kathy Griffin Trump beheading stunt, this drama should catch the eye of the Secret Service for its highly suggestive depiction of a Trump assassination in a venue generally designed to engage attendees with classic plays by William Shakespeare.

Learn the disgusting details of how the play centered on President Trump on the next page.