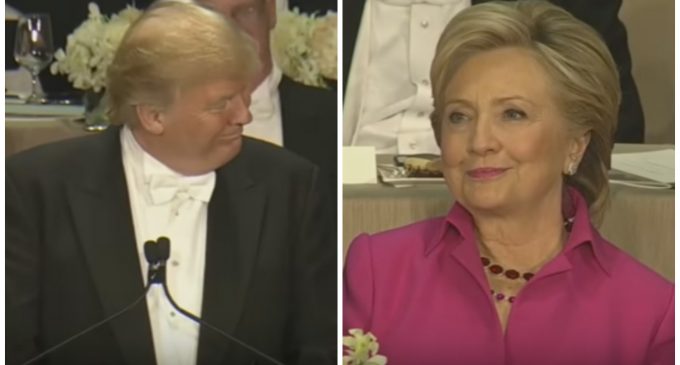 The Alfred E. Smith Memorial Foundation Dinner is an annual event in New York City held to benefit Catholic charities.  In presidential election years, it is traditional for the two candidates to attend and engage in good-natured “roasting” of each other.  However, as anyone who is paying the least bit of attention knows, the 2016 presidential race is anything but traditional or typical.

The hostility between the two candidates was on full display at this year's event, marking a departure from the good-natured joking that attendees have seen in previous years.  And Mr. Trump availed himself of the opportunity afforded him to devastate Mrs. Clinton, bringing into sharp focus Hillary's criminal behavior, especially during her time as secretary of state and during the campaign.

You can see Mr. Trump in action on page two.