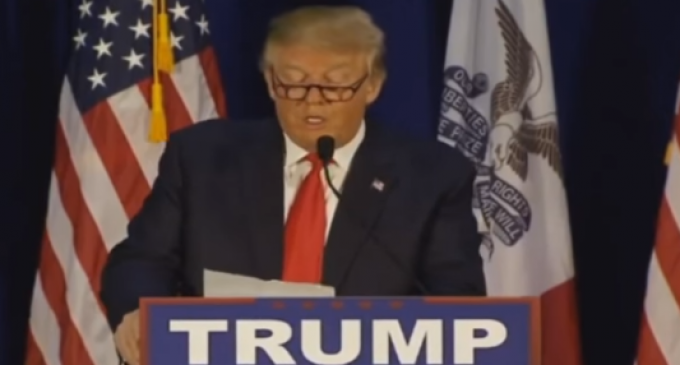 Earlier this year, Donald Trump took a break from his usual boisterous pitches on the stump for a bit of reflection on the state of the world's Syrian refugee crisis. He used Al Wilson's lyrics for “The Snake” as a metaphor meant to show how dangerous it can be to take in those thought initially harmless.

The moment was quiet by Trumpian standards, which is likely why it's been mostly overlooked by a media obsessed with Trump's flair for the loud and dramatic, but given the recent terror attacks in Brussels, it's worth revisiting.

The song Trump read follows the tragic turn of events that befall a woman who met a vicious snake with kindness, only to end up bitten in the end. The parallels are clear: Taking in Syrian refugees may seem like the kind, humanitarian thing to do, but kindness in spite of logic is a quick way to get yourself into a much worse situation than how you began.

To hear Trump read the lyrics, watch the video on the next page: