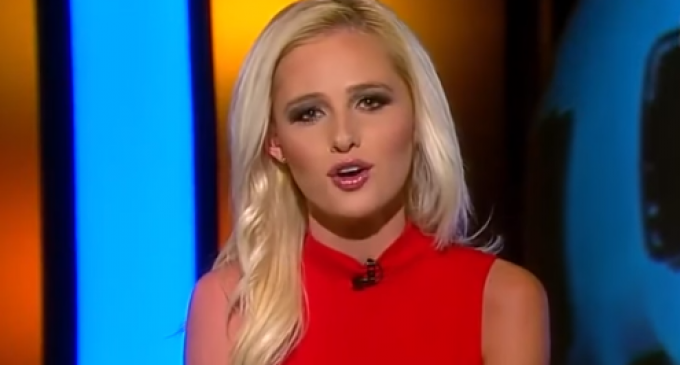 “First it was ‘Hands up don't shoot!'  Then it was burning down buildings and looting drugstores.  And now even the Superbowl has become a way to politicize and advance the notion that Black Live Matter More!” Tomi Lahren railed at Beyoncé over her Superbowl Half-time Show on the Blaze.

“This isn't about equity.  This is about ramrodding an aggressive agenda down our throats and using fame and entertainment value to do so! Beyoncé… really?”

“What is the political message here?  What is it that you're trying to convey here?  A salute to what?  A group that uses violence and intimidation to advance, not racial equality, but an overthrow of white domination.”

The heated monologue continues on page two, as Tomi exposes exactly who the Black Panther Party is and what they hope to accomplish.  She pointedly states how their message is precisely opposite that of Martin Luther King's nonviolent Civil Rights Movement.  View the video for her full rant on the next page.