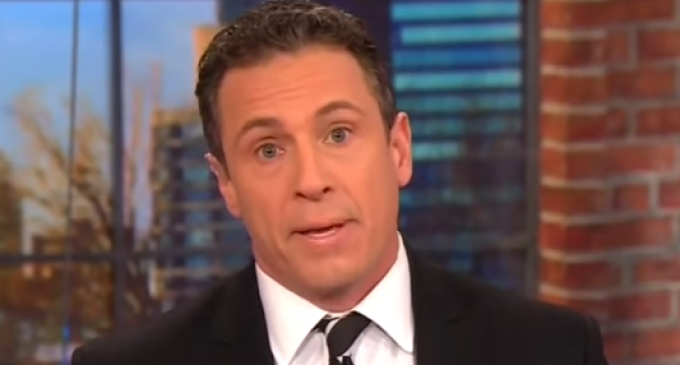 I am wondering at what point does someone in the media who is part of the great Leftist machine finally stand up and come to grips with the fact that it is intellectually dishonest, that it exists primarily to make money and secondarily to push forward the Progressive agenda in any way, shape, or form.

The excuses are myriad.  The fake news and rumor mill machines are immense.  They claim that there is no bias, that it's only “perceived” because one only sees the news through the eyes of partisan.  The simple facts can sometimes become lost in the chatter, though.  Take a straight survey yourself of how this bias is insipid and ever-present.  Not just in the Left, but in the Right as well.  I can't tell you how many times I've read a Right-wing article where the facts were skewed or tilted to “fit the narrative.”  I will pass on pieces where I have to bend over backwards to accommodate a point-of-view that happens to be Right-leaning for the sake of being Right-wing.  I don't agree that anyone in any media has the right to push an agenda by hiding certain facts.

Opinion pieces and editorials are different.  Paul Krugman, Maureen Dowd, or E.J. Dionne can write all day long about the vile hatred they have for Right-leaning politics or can fuss and rant all week about how they hate Donald Trump, but that's their right and their opinion.  I have no problem with them.

The same goes for Ben Shapiro, Ann Coulter, or Michelle Malkin.  Their opinions may grate on your nerves as Leftists, but they are, after all, opinions.  Editorialists make a living by highlighting the craziness in the political realm as it exists.  They push forward their opinions based on what they've observed.  They are the comedians of the opinion-world.  But unlike actual comedians, they don't hide behind comedy to put forth their opinions as “just for the laughs,” which of course we all know is not true.  Paula Poundstone made a really good entrance into the stand-up world ages ago, but when that industry sort of dried up and died down (and no networks were making sitcoms based on comedians anymore) she opted to go into radio on NPR and now has a very comfy full-time permanent spot on a Leftist show that caters to the Progressive empty-headed Swampland USA echo chamber.  Her (no-doubt) handsome paycheck is now derived from the pockets of people like you and me, because our taxes go to fund the Corporation for Public Broadcasting (CPB) that funds both National Public Radio (NPR) and Public Broadcasting Service (PBS), all of which are rabidly Leftist.

Remember, too, that taxpayers have been begging Republicans to end public funding for these networks for decades, but the Right wants nothing to do with that because Leftists merely shout, “They want to evict Big Bird!” and, POOF! like magic, funding continues…just like it did last month…once again.

CNN has run aground now, amid all the scuffles it has been involved in with the President and his staff.  Their Chief of Fake News, Jeff Zucker, who promised once upon a time to end this era of bad ratings, has fallen directly into the trap of corporate greed and now only heads one of the most partisan news networks in the world.  But there's now more…much, much more.  A series of undercover videos has blown the whole CNN charade wide open and threatens even the top brass at the company.  Read on the following page for more on this explosive and very lethal story.