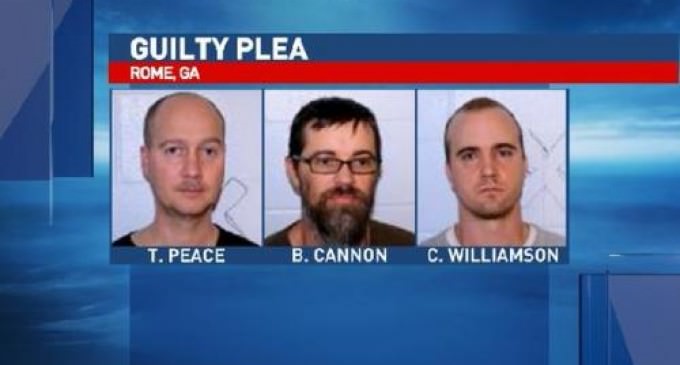 There have always been fringe groups on both the right and left that seek the overthrow of the government for any number of reasons. In the latest attempt, the FBI announced three US citizens – Brian Cannon, 37, Terry Peace, 47, and Cory Williamson, 29, – were each sentenced to 12 years in prison for “conspiring to use weapons of mass destruction in attacks against federal government agencies.

The three men planned to attack critical infrastructure while hoping to motivate militia groups to join them in removing government officials who they believed had exceeded their Constitutional power.”