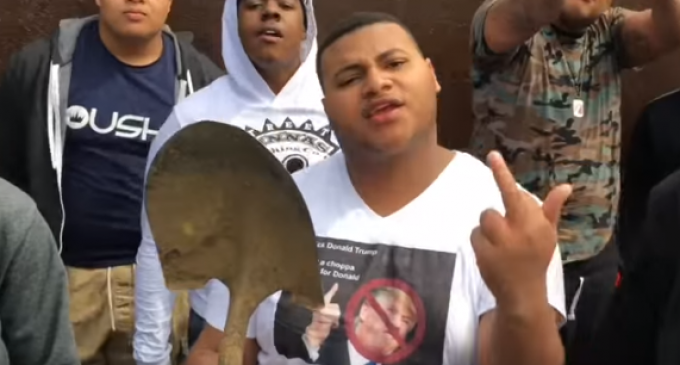 A threat laced, profanity ridden rap video trashing Donald Trump is going viral this week, thanks to a group of “rappers” based in Baltimore, Maryland.

The video follows a common trend among anti-Trump activists: insult and threaten, and receive nothing but support from the legions of anti-trump know-nothings who turn a blind eye to the violence and outrage the groups incite.

It's a strange world that we live in, that a man must apologize for his detractors, but its the world that the mainstream, anti-Trump media has created — on purpose — with constant defamation of Trump's character based on nothing but lies and deceit.

It's likely these men will get away with their violent calls to action, if only because it goes against a man who so few in politics or the media are willing to defend. See the video on the next page: