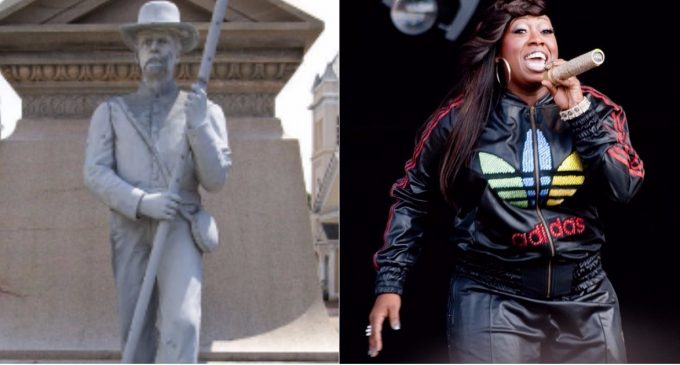 Black liberals are aiming to replace statues of the founding fathers, and Confederate monuments, with African American icons.

George Washington meet rapper Missy “Misdemeanor” Elliott. She can grab her own pussy cat, run her mouth, and bend over in front of a camera. All while being a plus size woman in today’s fat (ahem thin) shaming society. What a woman. No wonder social justice warriors have created a petition to replace a southern monument marking the lives of those died fighting for the Confederacy with this African-American rapper.

And “Missy “Misdemeanor” Elliott might very well be a fine woman. However the same can’t be said for the folks supporting this petition. You’ll never guess the hilariously stupid reason they give for why Missy “Misdemeanor” Elliott should replace the current monument. All on the next page along with a list of the top 5 other African-American icons liberals are suggesting to replace the founding fathers!