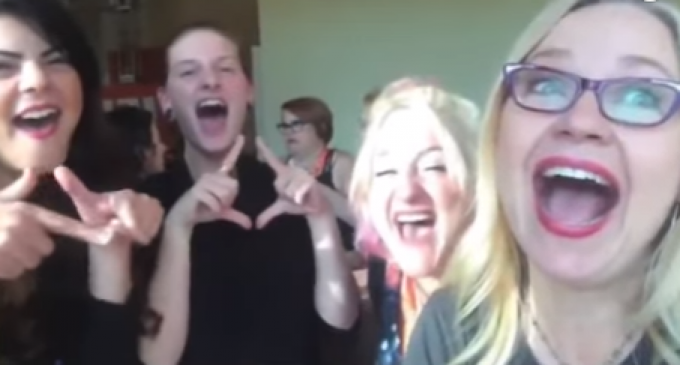 Lordy, the feminist just admitted they’re all being run by a bunch of mansplaining men. Ya know those Women March's run by jihadist and BLM activists glorifying cop killers like ASSata Shakur? Well, it turns out these liberal housewife anarchists wearing those infamous pink hats are ashamed or in the dark about having vaginas, according to the new campaign being promoted by Vagisil, a feminine itch cream company.

The real thing that should be burning though is these so-called feminists ears, or their mouths. Which actually might be a possibility ya know. If you’re gonna pin diaper pins to your clothes, it’d make sense you’d still all be wearing diapers. And if you’re still that infantile as a grown-up, it stands to reason ya still wouldn’t have the sense to not eat or shove the whole entire bottle of vaginal itch cream right in your mouth.

Which is the perfect segue into these “Vagina Challenges” being promoted as a charity campaign fundraiser by Vagisil educating feminist that although they’re confused or unable to find their lady gardens through the forest or the overwhelming stench of their insect infected swamps, they have vaginas. And it is as frightening as it is bewildering. Learn more about this viral feminist Vagisil campaign on the next page