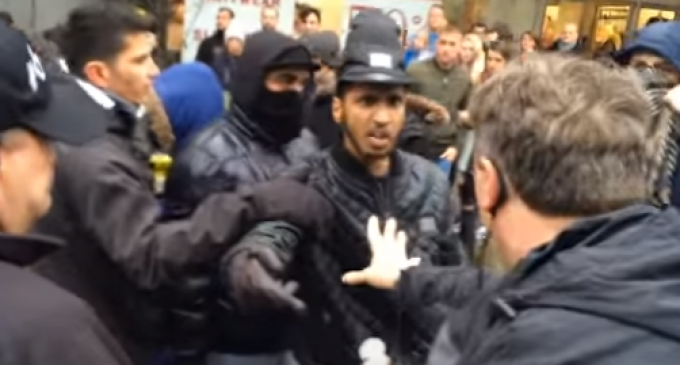 Mark Twain once said that travel is the world's best classroom.

In my travels all over the world, I have had the privilege of visiting many places that I have never even heard of, nor have I imagined existed.  A typical example of my weekend back in the 1980s when the German mark was four to the American dollar was waking up early on a Saturday and either getting into a rented Mercedes (for about $35) and driving to different parts of Germany on the autobahn (fancy name for highway).  Other times, I'd hop on a train or a bus and go visit other places around the local towns.  Much of the time, I would just hoof it.  Sometimes, the best things were found by just walking here and there.

In order to see other countries, it was a bit more involved.  All I did was fill out a request and grab some buddies and jumped in the car and went.  Sometimes, it would be Italy, other times France, and others it was Austria or Switzerland.  It was literally like driving from one State to the other.  Incidentally, what used to be West Germany was the same size of Montana.  Americans have gotten so used to a country as large as the United States that we sometimes forget that one of our states is larger than another whole nation!  Or bigger!  My state of Alaska is larger than all but 18 sovereign countries of the world!

For this reason, it is extremely easy to imagine why it seems that whole neighborhoods (or even cities) of immigrants appear as if overnight.  With a nation as large as the United States, it's no wonder that people who were formerly strangers to our culture can blend in with seeming effortlessness.

But what of smaller nations?  Is it just as easy for that to happen in, say, England, which has the equivalent size of California?  Well, we know for sure that it's happened in Illinois, Virginia, New York, New Jersey, Texas, Michigan, Florida, Delaware, California, and Pennsylvania.  And what of the recent population explosions of Muslims in Iowa, Oregon and Minnesota?  If it can happen in state-sized populations, what about cities and towns.

In England, in a small hamlet called Luton about 30 miles outside of London, White British citizens have moved from majority status to minority status in a little under 15 years.  The same has actually occurred in two other small suburbs as well:  Leicester (pronounced “Lester”) and Slough.  What is shocking, however, is the level of hostility that has begun to crop up surrounding the Muslim communities when Christians are merely walking through the neighborhoods.

Read further about the tiny group of Christians who demonstrated just how “inclusive” these Muslim communities are when they strolled through down with a cross prominently displayed and were handing out religious pamphlets.  The video is revealing and shocking.