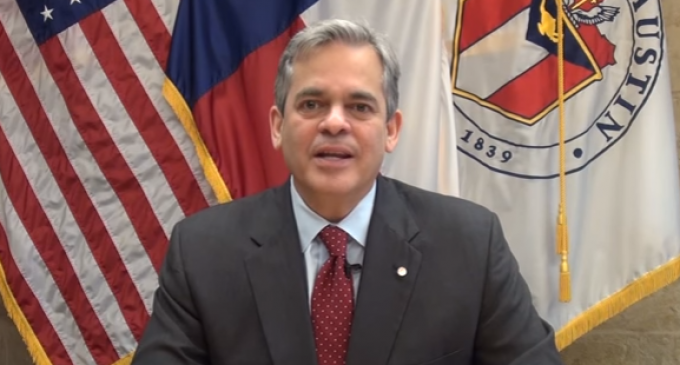 The Mayor of the sanctuary city of Austin, Texas, Steve Adler, is a liberal troll.

Regardless of where you stand on the whole issue of transgenders serving in the military. It’s being shoved down our throats 24/7. Because this is America. There is nothing more relevant to discuss in connection to national security than the presence of some transgendered folks in the armed forces.

Let’s be real. President Trump needed to change the narrative for a few days. And that’s not a diss to the President. He is brilliant. The power he holds over the national political conversation is staggering. He is a marketing genius.

But, Steve Adler is a different story. Keep in mind that Texas is a state on the CA travel ban list. Snowflakes will melt if they get anywhere near the Texan heat. That isn’t stopping Mayor Adler however from inviting them all to Texas. Yup. How does that make sense? You kid. Right. The official invitation sent to all transgender military members to join the Austin police force and more on this story on the next page