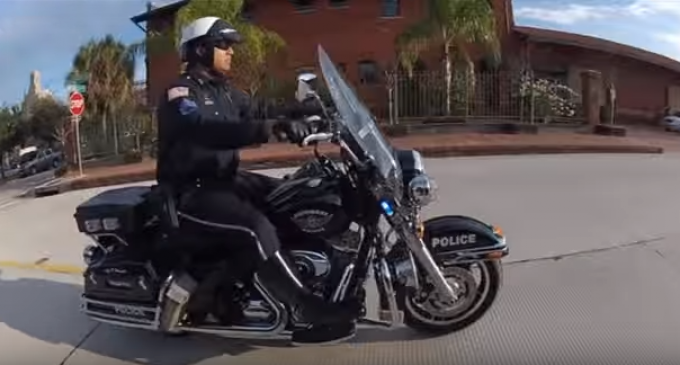 No more Bible study!  Beaumont, Texas' men and women in blue have been told they can no longer hold a voluntary Bible study during lunch at the police station.  After meeting like this for years, with no complaints, the City of Beaumont has demanded that the officers stop.

A pre-suit letter, which is required by the Texas Religious Freedom Restoration Act, is being sent to the city stating that the officers' religious rights have been infringed upon.

Sargent Burt Moore, who helped found the Faith and Fellowship Bible study, pointed out that the City Council prays before its meetings and the police station will start an event with prayer as well.

He also said that there is a chaplain program which still meets at the station.  The study he says has a diverse group of faiths and ethnicities coming together for the study and believes the City is “unfairly targeting us.”

Find out more on page two regarding the pending law suit against the City of Beaumont's restriction of religious freedom.