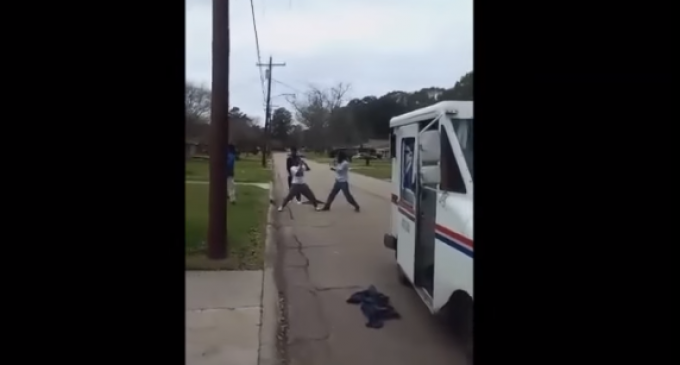 If you need any more proof that teenagers today are entitled, spoiled, and ungrateful, then this video is for you.

A new video shows a group of unruly kids  attacking a United States Postal Service worker while he was making deliveries in their neighborhood.

The reason the teens decided to attack? The mailman's delivery of Christmas presents was apparently late.

Forget the fact that some families in America barely have enough money to get by with the bare essentials — much less afford Christmas presents — these kids have been raised not only to expect presents as some sort of right, but are disillusioned enough to believe that the delivery of the presents on or before Christmas is something worth attacking a government employee over.

While the video is shocking, its doubtful this sort of activity is anything out of the ordinary for these thugs.