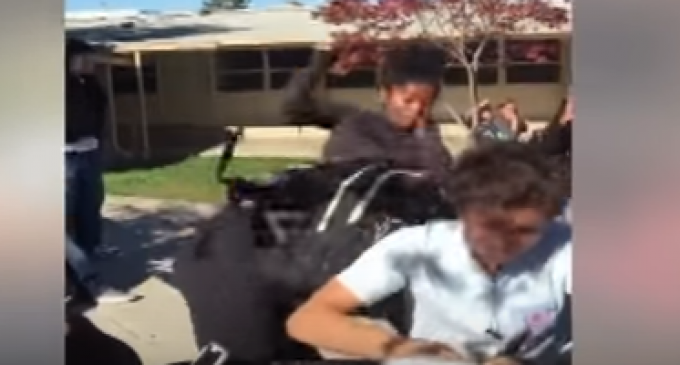 This election has proven a lot of things. It's proven how hypocritical and contradicting the left really is (as if that needed proving). It's also proven that race isn't the only thing diving the American people, politics are doing it, as well. In a world where one side brags having tolerance and how the other side needs to be more tolerant, it would make perfect sense that they would throw a fit when they didn't get their way, right? After all, you should tolerate everybody's beliefs, except for those who disagree with you, right?

In a video that you can see on the next page, a high school student is attacked by another student because she posted on social media that she hopes Donald Trump wins. On a night when everybody in America is on Facebook, Twitter and Instagram posting about their hopes for president, there certainly were a few people who were making confrontation lists. And she wasn't the only person attacked for supporting Trump. On the same day, a man was pulled from his car and assaulted by a group of African-Americans.

See the video of the young girl on the next page.