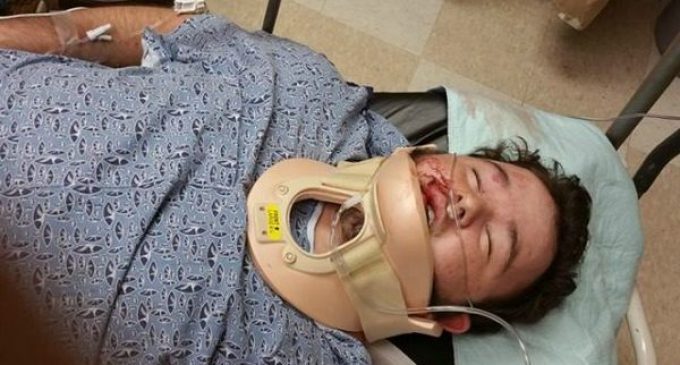 “It's a hate crime,” said the mother of the 17-year-old Brian Ogle who was brutally attacked late Friday night, leaving him in critical condition.