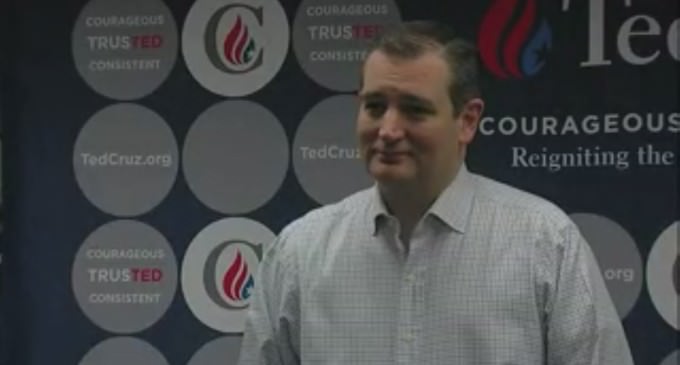 Pulitzer Prize-winning cartoonist Ann Telnaes went for Ted Cruz' jugular, when she inappropriately brought his daughters into her political cartooning commentary. Knowing kids are off limits, she justified her position by stating if Ted can do it, I can do it.  Her cartoon, which aimed decisively at Cruz' heart, backfired as the outrage mounted, resulting in the removal of the offensive drawing.

Cruz responded in an interview saying, “Listen, all of us learned in kindergarten, don't it little girls.  It's not complicated, don't make fun of a five-year-old girl and a seven-year-old girl.”

The Washington Post editorial page editor, Fred Hiatt said he did not view the cartoon before it was published.  He said it did not agree with the reasoning behind Ann's use of the children.  He had the cartoon removed.

On the next page, find Cruz' responding to the video and the tweet he sent out demonstrating a proper use of political cartoons and at whom they should be aimed.