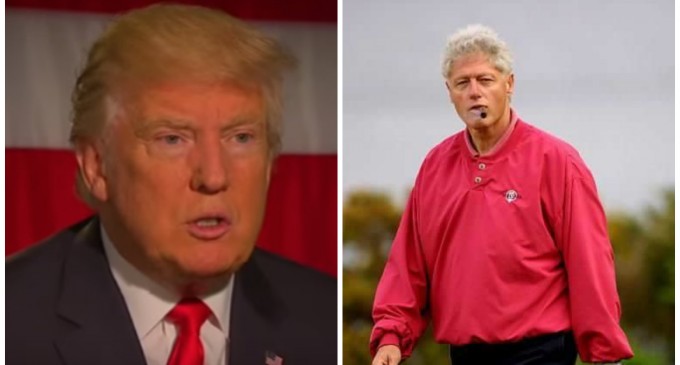 Donald Trump has come a long way in the few short weeks since he became the presumptive Republican nominee. Back when the #NeverTrump movement was alive and well, Trump's chances in November seemed all but nonexistent. Now, however, the polls tell a different story altogether.

While head-to-head polling against Hillary Clinton used to predict a general election Democratic landslide, the last few major polls released now show Trump ahead by up to seven points. At worst, he's polling about even.

The cause of this dramatic shift is likely simple. Conservatives that used to dislike Trump for attacking fellow conservative politicians are now joyfully supporting him now that he's using that same bombastic energy to instead attack the Clintons.

Hillary and Bill used to laugh off the Trump attacks as childish, but his latest attacks seemed to have drawn blood from the politically powerful couple.

See how Bill Clinton reacted to Trump's rape accusations on the next page: