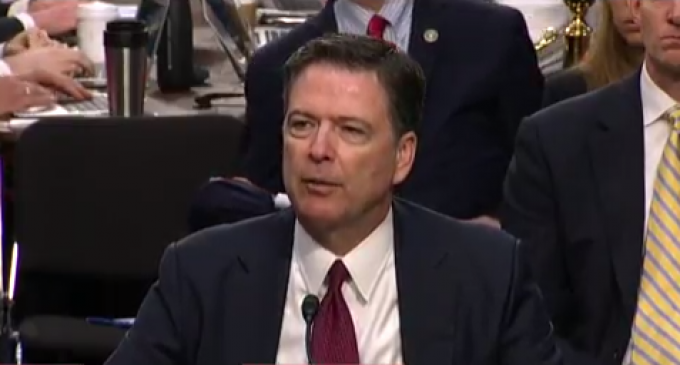 When Comey said there were no emails relating to former AG Loretta Lynch’s infamous Tarmac meeting with Bill Clinton on the campaign trail, he was either lying or an aid slipped up and forget to destroy the last of the evidence incriminating the Obama administration.

Former FBI Assistant Director, James Kallstrom, warned us about how the FBI had fallen under Muslim Brotherhood control. And the public record clearly shows where former President Barack Hussein Obama’s sympathies lay in regards to that prior mentioned Muslim group taking over America.

Just listen to what Kallstrom warned,

Muller took away their tools to do that. He kept them away and Comey kept that up.

Comey kept up a lot more than just the FBI ties to the Muslim Brotherhood. He also cut a nice little deal with Obama. All this shocking information is coming to light as the U.S. remains entranced with covering the events of Charlottesville 24/7. Learn more about what the deep state is trying to keep hidden from you while race baiting the country into civil war on the next page. We can’t fall into the trap.

Go to the Next Page: