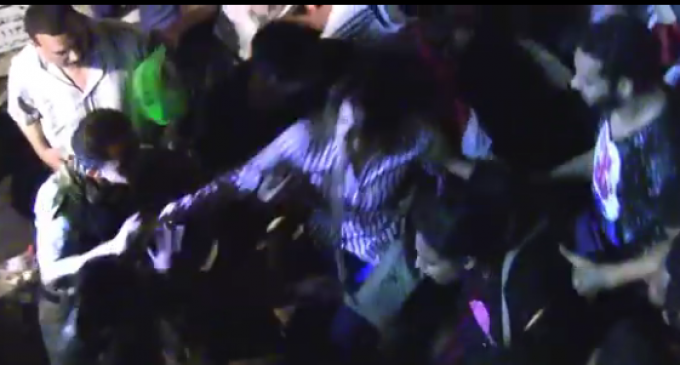 The rape epidemic that has engulfed Europe has a name.  Taharrush is a “rape game” where a large group of Arab men, surround their victim, generally a Western woman or a woman wearing Western-style clothing, and then the women are subjected to sexual abuse.

There have been numerous stories of gang rapes in Germany, Sweden, and the U.K., by Muslim men, many of which are immigrants seeking asylum but perhaps they have come seeking new women to rape.  Western culture has been forced to meet, by virtue of open boarders, the barbarity of a culture where rape is a game, has a name, and it called “Taharrush”.

The video on the next page showing a Muslim gang rape is beyond atrocious.  The men who committed this crime against an innocent woman are nothing but animals and should be punished in a manner fitting only the vilest offenders.  The victim is a blond haired Dutch journalist who was viciously attacked during the protests on June 30, 2013 against Egyptian President Mohamed Morsi in Tahrir Square.

The video can be viewed on the following page, but a stern warning is issued to the viewer as it is horrifically disturbing.