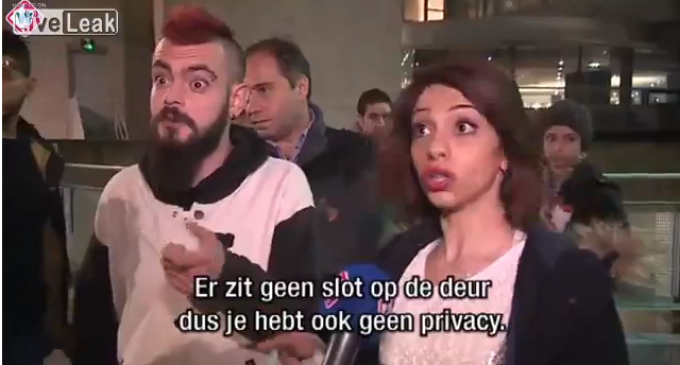 In a turn of events so bizarre it almost sounds made up, a group of migrants in the Netherlands have elected to stay on the streets because they feel their accommodations aren't up to the apparently high standard of living they've become used to back in Syria.

In fact, in an interview with a local television crew, they stated that they actually gave up their accommodations to stay on the streets because the only thing they had in their rooms was a bed. They walked out on their free accommodations because they didn't want to eat the free food, didn't get enough free money and was particularly angered at the lack of television.

The woman speaking was so outraged by this fact that she threatened to go back to Syria. Is anyone begging them to stay?

Apparently, if you stick them in a room with a limited allowance and no television, they'll just leave. The problem solves itself.

Read more about these ungrateful migrants on the next page.