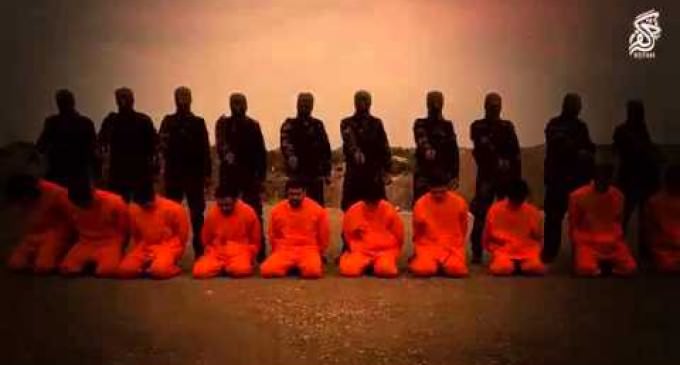 Deliberately echoing the chilling nature of the infamous execution videos filmed and released to social media by ISIS, the Levant Front, a coalition of various Syrian rebel militias, marched out a column of orange-clad prisoners captured in combat with the jihadist group. The prisoners were led out by masked men and forced to kneel before a waiting row of guns, which the masked men picked up and held to the head of the ISIS prisoners. Just when it seemed the rebels were about to exact the fate on the prisoners that they had inflicted on many others, they withdrew their firearms and pulled off their masks. The message was clear: the Levant Front would not fight like ISIS.

Turn to the next page to learn more about this shocking video: