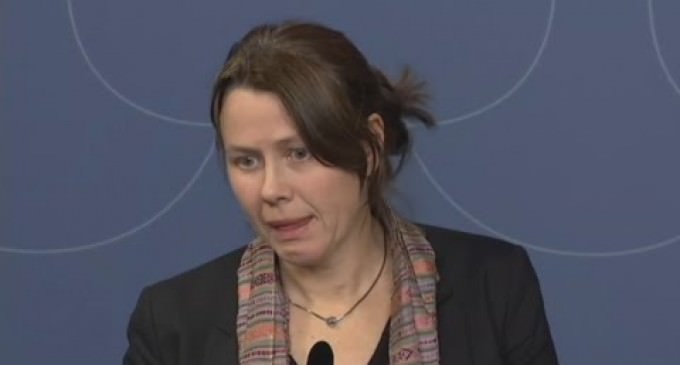 A short video clip making the rounds on the web shows that America isn't alone in having unhinged bleeding heart types.

Before cameras and a crowd of reporters, Swedish Minister Asa Romson burst into tears as she announced the country's decision to crackdown on immigrants entering the Scandinavian nation. This marks a major reversal in Sweden's long-held policy of accommodating such migrants, necessitated by the record number of people pouring into the country. Although this might sound reasonable enough to normal people, it was apparently too much to bear for Romson, who barely could contain herself as she elaborated on this course of action.

As offensive as this new policy is to her, Romson would be wise to look at the example of Germany, which similarly opened up it's borders to thousands upon thousands of immigrants under Merkel only for that nation's government to abandon that policy just a month ago when it became clear that the subsequent chaos was too much for the authorities to handle. If that were to happen to Sweden, Romson would have a lot more to cry about.

See video of Romson's tear-filled announcement on the Next Page: