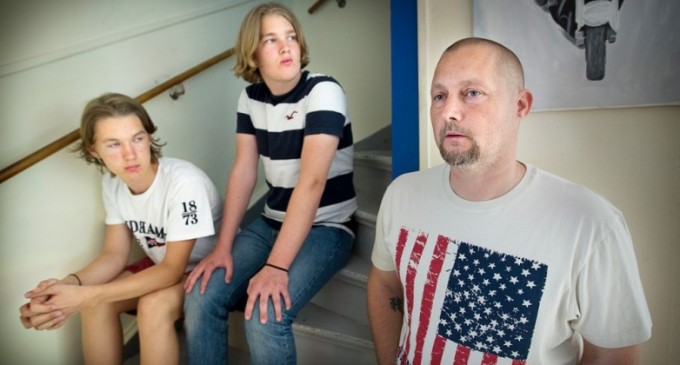 Last year, the massive influx of Middle Eastern asylum seekers was a leading news story. Western nations were stunned not only by the near-instantaneous swelling of their countries' foreign population, but by the chaos that seemed to come with the so-called “refugees.”

Leftist politicians tried to spin their countries' acceptance as a humanitarian necessity. Without asylum, it was argued that these individuals would be homeless — and maybe even dead from war. This sudden urge to take care of fellow man was no doubt surprising to many, as citizens pointed to their own countrymen in need and asked why they weren't assisted with such urgent passion.

Of course, liberals shrugged this argument off. “We can help both,” they would argue. Unfortunately, that couldn't have been farther from the truth. In fact, given the choice between helping their own or helping foreign migrants, politicians have shown time and time again that the migrants take precedence.

One family learned that the hard way when they were told to leave their home in order to make way for a new foreign family. See that story on the next page: