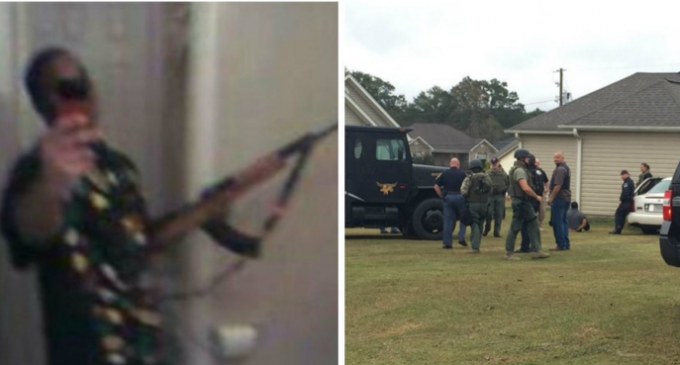 A SWAT team apprehended Jeremie Jonathan Montgomery for issuing threats on Facebook. The 28 year-old Clanton, Alabama resident was arrested by officers in his mother's house this past Sunday. Directing his Facebook threats at local baking and distribution companies he used to work for, Montgomery menacingly commented that things were going to get “pretty ugly” because they “messed” him over, accompanying his violent message with a blurred picture of him brandishing a rifle. Later on, he claimed that it was an elaborate joke meant to draw attention to bullying on social media and that he turned in the gun pictured on his post to police years before. Needless to say, nobody found the joke funny.

Turn to the next page to learn about Montgomery's previous run-ins with the law: