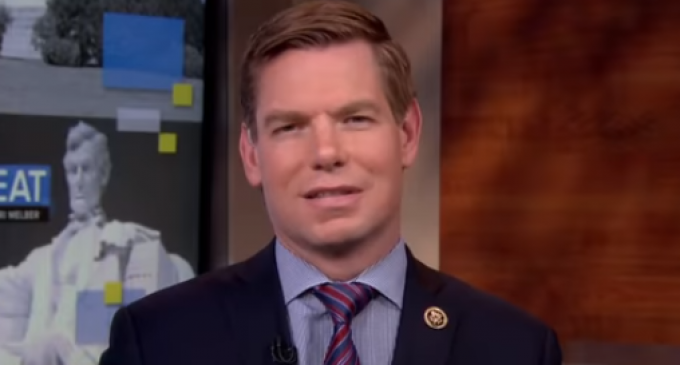 Rep. Eric Swalwell (D., Calif.) suggested the United States federal government could use nuclear weapons if a war broke out against gun owners who refused to give up their assault weapons, saying it would be a ‘short war'.

Looks like Swalwell is nuking his career with what could be considered the dumbest tweet of the year.

It began when right-wing internet personality Joe Biggs responded to Swalwell's desire to ban “military-style semiautomatic assault weapons” and prosecute gun owners who did not turn in their newly-banned weapons.

So basically @RepSwalwell wants a war. Because that’s what you would get. You’re outta your fucking mind if you think I’ll give up my rights and give the gov all the power. https://t.co/bK1GVyjFej

That's when Swalwell upped the ante by suggesting that the gun owners would get nuked in order to take away their Second Amendment right.