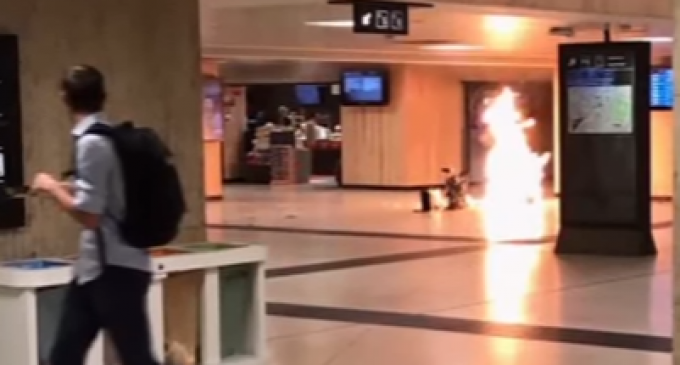 The jihadist army in Europe appears to have had another fatal training exercise today. A suspected suicide bomber was reportedly gunned down and killed by soldiers after shouting “Allah Akbar” and attempting to take the lives of innocent bystanders.

Eyewitness describe the suspected suicide bomber as being “tanned, well-built and in his 30” although his nationality has yet to be released. The suspect was also wearing an explosive vest. Terrified witnesses report he was going to blow up the trolley and running as fast as they could away to avoid the imminent explosion.

It seems barbaric that a dead body would be left for hours in the hot sun, but that is precisely what the authorities allegedly did to the suspected terrorist out of fear touching the body would set off an explosion. Imagine the children walking down the street and busy families trying to catch a trolley and witnessing such a grotesque imagery of the “religion of peace”…

Guess what progressive European nation this sickening scene of terror unfolded in? More on this story, the victim toll, and more eyewitness accounts on the next page