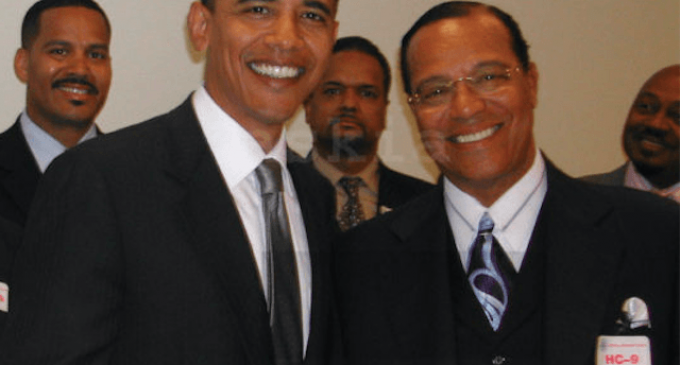 How do you explain the presence of a cozy photo between a self-described “liberal black jew” and Nation of Islam leader, anti-semitic, and racist Louis Farrakhan?

Well, it all goes back to a certain former leader’s, Barack Hussein Obama’s penchant for deliberately deceiving the public and the ever-surfacing evidence that his rise to power was supported by almost every faction of the Deep State.

There are many instances of former U.S. Corruptor-in-Chief Barack Hussein Obama denying he had any association with far-left radicals, racists, and terrorists.

In case, Obama claimed OVER AND OVER again on the 2008 presidential campaign trail that he had no connection or friendship with the former Weather Underground terrorist Bill Ayers, BUT with whom Obama served on a board within the 1990s AND attended a barbecue at Ayers’s own home in July of 2005.

The corrupt lying mainstream media has always given Barack Hussein Obama a pass. In fact, they worked overtime to SUPPRESS real photographs and information they feared by damage his chances of accomplishing his hellish far-left vision for America.