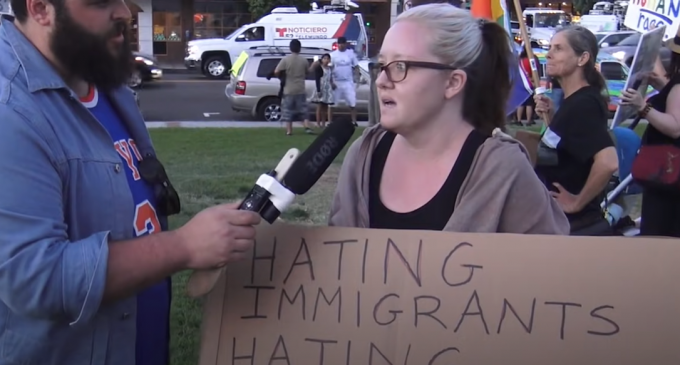 If ever a case could be made why the US will not be having a second civil war, it's the video on the next page revealing just how high the average mental capabilities are at a protest held by Antifa and the alt-left.

The term “useful idiots” is generally attributed to Vladamir Lenin and Joseph Stalin, who used it as a contemptuous expression of non-communists who aligned themselves with their political positions – mindless people in the West who would always find ways to excuse whatever the Soviet Union did.

One wonders, however, how useful even an idiot is if they can hardly put sentences together, much less formulate a basic thought.

These clowns on the next page can't even answer some of the most basic questions about their cause.

Go to the next page for video.