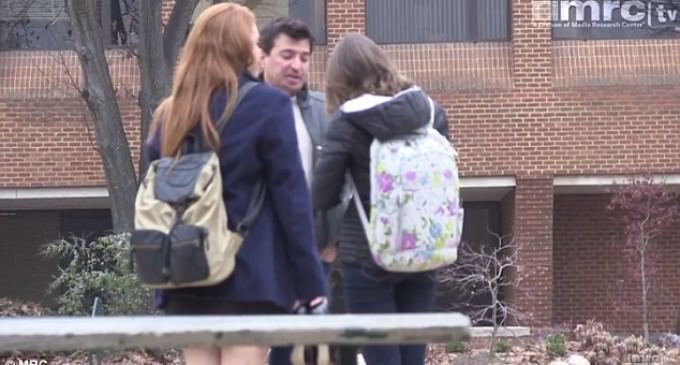 Out to prove that colleges are consumed by political correctness, an MRC reporter by the name of Dan Joseph visited a college campus in Virginia with a clipboard in his hand to see how many students could be convinced that Big Crosby's classic Christmas song is filled with “micro-aggression”.

He tells students that the lyrics are insulting to people of color because they insinuate that white is the best color of snow. As could be expected students didn't stop to think that white is the only color snow . . . or at least the only natural colored snow. With a few sarcastic words on stopping “white supremacy” people were lined up to sign it.