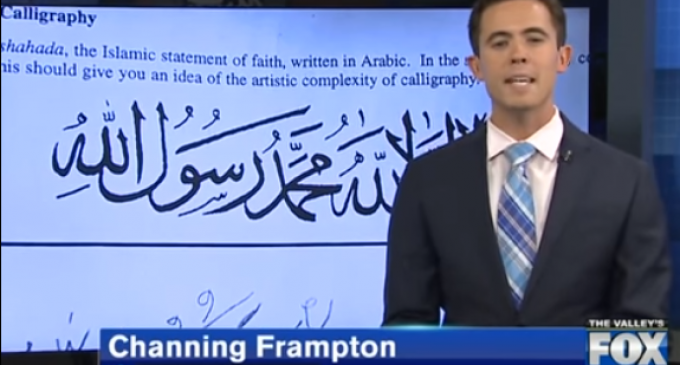 Parent claim that subliminal Islamic messaging, in the form of a geography lesson, took place at Riverheads High School in Augusta County, Virginia this week. The students were given what the district described as an art project, an assignment to write, “There is no god but Allah. Muhammad is the messenger of Allah” in Arabic calligraphy.

Girls in the class were invited to dress in the Muslim style as well.

Parents were, of course, outraged at the assignment and on December 11th, met with the school district.  The district saw no issue in the World Geography lesson saying, “There was no (sic) attempt at indoctrination to Islam or any other religion, or a request for students to renounce their own faith or profess any belief.”

Yet this statement is suspect, as there could have been so many other statements to practice artistic Arabic calligraphy and the educators specifically chose the shahada, the Muslim statement of faith.

Follow the rest of the story on the next page.